Idealism and a desire for equality precipitated the creation of McMurphy’s. Graham Morgan fondly recalls the activism that led to the opening of a user-led mental health drop-in in Sheffield.

I never admitted it at the time, but I was incredibly proud to be the first director of McMurphy’s in Sheffield and very guilty for feeling proud.

About 35 years ago maybe more, there was an organization called Halfway House whose mission was to provide community housing and support for young people who had left psychiatric hospital; an alternative to institutionalization. There was a team of radical social workers and community development workers and then us; the volunteers; young people trying to make a difference, often with our own struggles with mental health; and then the residents.

We were idealistic, enthusiastic, determined to change the world and were quickly introduced to the works of RD Laing, Asylum Magazine and so on by the workers. Equality and power and oppression were things we were fixated on and by and by as volunteers we realized that some of the things we were doing were creating their own power imbalances. We started inviting the residents to our volunteer meetings and got talking, realized we had similar ideas and causes.

But over the months of discussion and planning we came up with our vision and our dreams became more and more real.

We drew up a constitution (the one in which I was elected director) and then deliberately hid it in the drawer, never to be looked at again as we were determined that there would be no hierarchy; that all decisions would be reached by consensus.

It was in the days before computers became commonplace. I can’t remember who typed our brochures. I do remember there was a young single mother who created lots of artwork for us. That we had away days creating our community of activists. For some reason my main memory is of a friend, who was a volunteer, playing saxophone in the toilets of a community center because that is where he got the best sound for whatever we were recording.  Or all of us in the sun-streaked dust shafts of some mansion in the country; talking away, laughing.

We wanted a centre open 24 hours a day, with disabled access, women only spaces and beds for people who needed somewhere safe to stay.

We searched Sheffield for likely buildings, calculated every screw and bolt we would need for the eventual building we found. We reluctantly spoke to the planners from the Health Board and Council who might make our dream more possible. We spoke much more enthusiastically to Comic Relief who provided us with one of their first ever grants.

It was a time of belonging and hope and connection. We made incredible friendships and came to the realisation that although many of us had come to assume we had little of value to give that we were wrong in this. We had skill, talent and the warmth of our belief in each other and the beauty of trying to create something truly special.

I only went into the completed centre once. I moved away to be with my love in Scotland just as work was starting on it.

But it existed. We even liberated furniture from the soon to close Middlewood hospital for it. We didn’t get the crisis center, nor the disabled access to the top floors but we did create a wonderful truly beautiful space to be in.

I have no idea how long it existed for and whether some of our other dreams for it came to fruition and now live a different life where I believe that mental health services and most of the people who work in them are valuable and vital parts of the distressed lives some of us lead.

But in those days it was exciting. I remember a group of McMurphy’s people going to the first ever Survivors Speak Out Conference and coming back disappointed; saying

“Why campaign when we can just do it ourselves?”

I remember a weird conversation with people from a mental health forum, going away feeling there was no need to join them to speak out when we were living the life we wanted with the people we wanted; were busy creating our dream.

Most of the rest of my life has been about that very speaking out; trying to make the world a better place, but those days bring a smile of slightly tender delight to my face.

Graham Morgan has an MBE for services to mental health and is the author of START (by Fledgling Press) a memoir of compulsory treatment, love and the natural world. 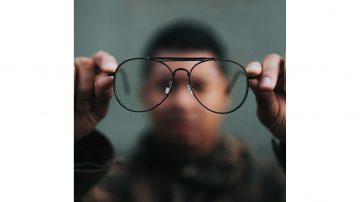 Ainsley: How Talking and Being Open Has Helped Me

I’m a mixed race man with 2 children, who was brought up and lived in Sheffield the whole of my... 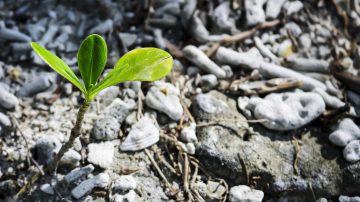 My story is simple but oh so complicated. My mental health hasn’t been great on and off for years. In... 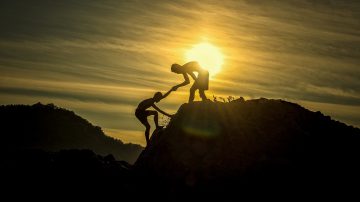 Ruth Durkin: How to Talk to a Friend

If a friend confides in you that they are feeling unwell in terms of depression, anxiety, stress or any other...