This story has a trigger warning

In this powerful account, Kelly shares her experience of having mental health difficulties and the discriminations and racism she faced as a young Black woman. This story is part of the Mind the Gap project. Trigger warning: references to sexual abuse

I lost my brother when I was 8 and I became very depressed and it got worse when I lost my sister too. It was more like a trigger or something. I am afraid of losing people. I think it was after my sister’s death that I really acknowledged that I had mental health difficulties. Before that I thought it was just grief and the past but this time I realised it was different. It was quite overwhelming. I was overthinking and over-analysing constantly. So I went to my GP and the first thing they gave me was antidepressants and I took them for a while but then I stopped as I didn’t want to get addicted to it.

In 2015, I was offered counselling but it wasn’t helpful at all. I found myself reliving my life’s problems every time I had a session. I wanted to take my mind away from what I had been through, especially the grief, move on and think about the future but it only triggered me more and made me go back to my traumas and focus on them rather than helping clearing my mind. After each session I went home with heavier soul. I realised it’s not for me.

I am a creative person so drawing became my kind of therapy. I like to put myself around people because I hate being in my head on my own. When I am around people I feel ok, when I am not I am overthinking about many things.

During the pandemic in April, I went to my doctor again and the first thing they did was prescribe antidepressants again but I didn’t take it. I paid for them and thought ok I take them but went home and looked at them thought no. They might give me a boost temporarily but they don’t solve my problems.

My mum is very African minded I think, she doesn’t share or express emotions, she never told me she loved me, she never spoke to me and talked to me. This is how she grew up because her parents never told her they loved her or hugged her. So it’s kind of ‘normal’. But my sister before she passed away messaged me and said she loved me forever. Since then I try to say that to people I feel about them because I understand life is short. Each time I leave the house I tell my mum I love her and try to hug her. I am trying to let her know every day that I love her but I am not going to be like my mum to my kids one day. It feels so refreshing when I tell my mum I love her because I never heard it myself.

I have experienced sexual assault and I have flashbacks and medication doesn’t tackle that. In the past I couldn’t even talk about it but now I am in a position that I can talk about it. I came across a video (from Adira) a few months ago and I commented on it. It made me so sad and I cried because I resonated with Ursula’s story and I messaged her and went and met her.

I remember one day I went to Ursula’s house and she spoke to me like no one ever spoke to me, she genuinely understood me and listened to me like a mother figure, acting more than my mum. We were both crying. After our conversation I went home feeling very light and I loved to go back to her house and talk to her again but I couldn’t because she wasn’t my mum and I didn’t want to burden her with my problems.

Before watching that video, I was going to do something stupid but watching her story gave me a boost and later Ursula involved me with the food bank project and it was very helpful, I enjoyed helping people, and it had a positive impact on my mental health because when I am isolated at home my mind constantly focuses on problems and negative things. It was good to be out helping other people. If someone gives me some good energy I try to be cheerful and work towards that. Before talking to Ursula it wasn’t easy for me to talk to people.

I don’t like to talk to people who are paid to talk to me and listen to me without understanding my culture and without empathy and interest. I don’t feel like that’s genuine. I want a genuine human connection and talking to Ursula was much easier than talking to my counsellor.

I wanted to be a counsellor myself because I know I care and have the heart for people but if I become one I talk about myself and try to be a genuine listener. I understand it’s a profession but I would talk to people because of interest not just money.

As a black person every day when you walk around, or you work somewhere, you are aware that the decisions they make affect your life and you think that it’s generally because of the colour of your skin. For example, in healthcare I had an operation at hospital and the attitude I got was not good. They quickly offered medication and operation but that’s it, they never wanted to understand what’s going on mentally. I felt the stigma and their judgmental behaviour.

I applied for a job at a cafe which was Chinese and Korean and I was aware the majority of people there are Asian but I thought I would try it. The interview went very well because I ticked all the boxes but they didn’t give me the job and I thought why? I realised because I was black and there was no other black people there.

What I don’t get is the discrimination. We are so similar. We people are all the same why colour should cause all of these unnecessary traumas, discrimination, racism, and death.

That’s the world we’re living in, I guess! 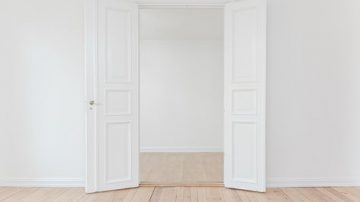 It’s time to come clean. No, not like that. Not that I haven’t questioned or critiqued my sexuality before…I think... 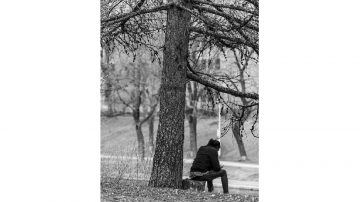 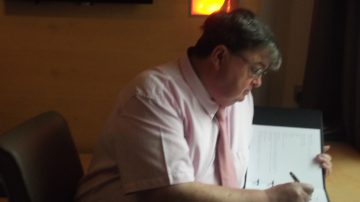 https://youtu.be/yLEU5ecHpPM My wife was a full-time carer before I was diagnosed with dementia and now she looks after me. Elaine...